The Subtle Effects Of Landfills

junkguySeptember 12, 2021Comments Off on The Subtle Effects Of Landfills0201

Over 3,000 operating landfills & 10,000 closed landfills exist in the United States. In order to properly dispose of solid waste, it is important to have landfills. They help to keep towns clean by reducing the quantity of rubbish that ends up in landfills. Nevertheless, landfills have a huge negative influence on the environment and society. Despite the fact that landfills are indeed a societal need, there are ways to lessen our reliance on them and the harm they do to the environment.

Impact Of Landfills On The Environment

There is a great deal of anxiety about landfills’ emission of methane gas because of this. Methane gas is emitted as landfills breakdown organic matter. When compared to carbon dioxide, methane has an absorption efficiency of 84 times greater, making it a powerful greenhouse gas and a significant driver of global warming.

All of these substances can be found in addition to the methane produced by landfills, which also create carbon dioxide as well as water vapour & trace amounts of other organic compounds. If unchecked, these gasses can also cause global warming and lead to air pollution.

The destruction of wildlife habitats as a result of landfill construction is a common occurrence. 600 acres is the typical size of a landfill. More than 1,800,000 acres of natural habitat have been destroyed due to the presence of over 3,000 operational landfills in the U.s.

Despite the fact that landfills are mandated by federal law to have plastics or clay liners, these liners have a tendency to leak. This can lead to leachate, a liquid generated by landfills, poisoning neighbouring water supplies and causing more ecological harm.

Ammonia can be found in leachate. Ammonia gets nitrified to nitrate when it enters ecosystems. Eutrophication (lack of oxygen in water) can occur as a result of the increased proliferation of plant life in the vicinity of nitrate-rich areas. Animals are unable to thrive in “dead zones” due to a lack of oxygen in eutrophication. Attributed to the prevalence of hazardous chemicals in landfills, leachate carries poisons like mercury in addition to ammonia. 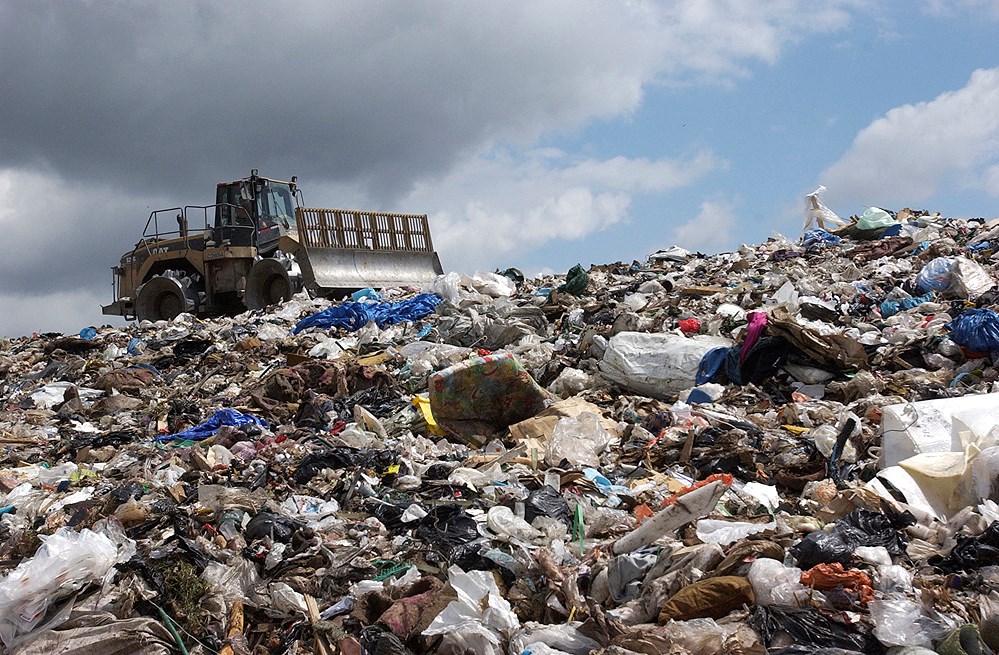 People living and working in close proximity to landfills are at risk from the toxic emissions from these facilities. Those who reside within a kilometer of a toxic waste landfill site are 12 percent more likely to have children with congenital abnormalities, according to a research in New York.

12.9 percent of the value of land near to a large dump is lowered. Less landfills have a smaller impact on land values, reducing them by about 2.5%, but they still have an effect.

Noise, mosquitoes, and water system contamination can all be found at landfills.

Landfills & hazardous waste dumps are more likely to be found in minority and low-income regions. These areas are less well-equipped to fight against the construction of these facilities. It’s easier for landfills to target low-income neighbourhoods than wealthy ones.

Avoiding landfills can be done in a variety of ways.

Recycle! The amount of rubbish that is diverted from landfills each year is rising as a result of increased recycling. Plastic as well as other materials can be reused if they are recycled!

Compost! Compostable products cannot fully degrade in landfills due to a lack of oxygen. It is possible to avoid the landfill by putting biodegradable objects in the compost rather than the garbage.

In addition to keeping our neighbourhoods clean, landfills endanger the health of the environment. To lessen our dependence on landfills, their environmental impact, and their influence on human heath and well-being, we should strive to live a zero waste lifestyle.

What Happens To All The Waste?